While we moved into our new house on January 2018, I didn’t start utilizing our large basement room (the exercise room) until July 2019. It has laminate flooring, which isn’t safe nor great to work-out on. But I was able to practice BODYATTACK™ and BODYPUMP™ on it with either modifications and or lower intensity. Then in October 2019, LesMills On Demand launched in Canada. Obviously and right away, I was doing LesMills GRIT™. I tried some of it at home, but mainly went to the gym (with the video downloaded to my iPhone®) to get the most out of it with its flooring, space, and equipment.

When the province went into a declared state of emergency, the gyms (and many other things) had to close. So I did a lot more running (and even earned a Personal Best of 328.83 kilometres in April). I still used the exercise room but not all that much. In May, I was starting to really miss strength training, and in particular, BODYPUMP™. I purchased an entire SMARTBAR™ and SMARTSTEP™ set (along with an additional pair of extra-large plates). A bit pricy (as I had to import it from France), but worth it. While I was happy to get back into BODYPUMP™ and LesMills GRIT™ Strength, there was another major issue I’ve had for a year; the floor. I was still capping my efforts with LesMills GRIT™ Pylo/Athletic and Cardio and BODYATTACK™, not because of fitness nor ability, but for safety and slipping. Doing burpees, tuck jumps, push-ups, donkey kicks, etc… were always challenging because either my hands or feet would be at risk of quickly sliding on the sweaty floor. The foam tiles I bought several months back were useless and unsafe. While I did have a yoga mat and an MBX MAT™, I was still limited on spacing and hand and feet placement. I had to adjust them (along with the SMARTSTEP™) when the workouts changed. I even had a tumble doing a BODYPUMP™ Lunge track. Frustrated, I began researching floor options.

Right away, I knew that I didn’t need to replace the floor. It was unnecessary and expensive. I just needed the right mat or proper tiles. I posted on several social media fitness spots/groups, asking others what they used and or recommended. Then eventually, one common thing kept recurring; the Gorilla Mat. A friend in the city also had one and I asked her for more information/details on how she liked it. Reading only wonderful reviews and loving how Gorilla Mats were made with eco-friendly and non-toxic materials, I decided that this is what I would go with. It also came with a life-time guarantee.

As I’m 6’2 and wanted to max-out my efforts, I went with the largest mat (at 6’ x 12’). I also workout with Kerri on occasion, so the more floor that we got covered, the better.

I picked up my Gorilla Mat on a Saturday afternoon. It was pretty large, but I managed to fit it into my car. Once home, I removed it from the box it was shipped in and saw some nice notices on how the Gorilla Mat was made from eco-friendly and non-toxic materials (which I already knew) and that it was manufactured by a small family-owned business (which I didn’t know). It also came with a free wiping towel designed for it. I unrolled it and placed weight plates at one end to ensure that it flattened out. I returned a few hours later to “break-in” the Gorilla Mat with a workout that I wasn’t really ever able to do at home; LesMills GRIT™ Pylo/Athletic.

A great thank you note.

As it was a new mat, I knew that I had to give it a few workouts before truly evaluating what I bought. While it did have an initial tad tiny bit of fresh slipperiness to it, I knew that this was simply because it was new. The Gorilla Mat is amazing and awesome. I was able to go all-out with tuck jumps, lunges, quick/fast movements with sudden stops/changes. I was never able to do this with tiles/mats because they would either break-up or skid underneath me. The Gorilla Mat was really almost no different than what I would do on a gym floor. That is, if a spot got a bit too sweaty, it becomes slicker, and I would adjust/wipe accordingly. But with a laminate floor, I would have to stop. It was too dangerous. I would need to put a mat underneath me or use a towel to wipe up the sweat. Even then, it was still hazardous. However, with the Gorilla Mat, those worries were gone. I did very minimal sweat wiping. I was able to focus entirely on the work-out. 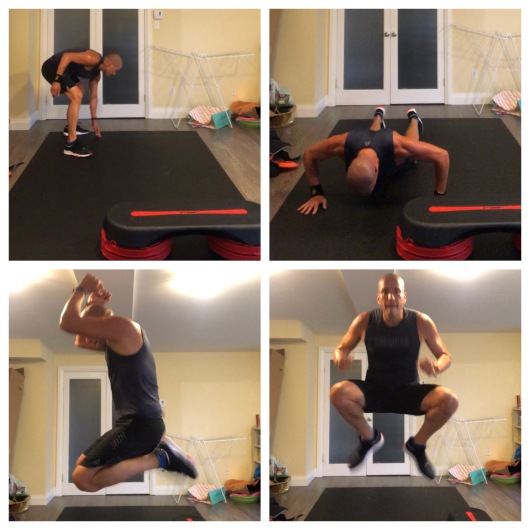 As for the SMARTSTEP™ (which we use in LesMills GRIT™ Pylo/Athletic and other LesMills™ programs), before I would’ve needed to place it on top of the yoga mat or MBX MAT™. Or snuggly between both mats so I could do moves requiring me to go on and off the side of the SMARTSTEP™. This became a non-issue with the Gorilla Mat. I was able to place the SMARTSTEP™ on it and it firmly stayed in place; no shifting when I jumped on and off of the SMARTSTEP™.

Furthermore, the Gorilla Mat is very shock-absorbent (which I wasn’t necessarily even looking for), which is a beautiful bonus. Landing felt fantastic compared to the flooring beneath it. At the end of the workout, I didn’t even need my other mats/tiles for Core; the Gorilla Mat was perfectly fine. In addition, while I did purchase some flooring tape to ensure that the Gorilla Mat would stay put on the floor (a problem with tiles/mats), the size, weight, and grip of it were so good that I didn’t need to apply any.

Feeling happy with my first all-out LesMills GRIT™ Pylo/Athletic in months on the Gorilla Mat.

The next day, I tested it with LesMills GRIT™ Cardio, another workout that was difficult to do on laminate flooring. Given LesMills GRIT™ Cardio (I find) tends to have more room running/movement along with bear crawls, I found this workout even more difficult to do at home than LesMills GRIT™ Pylo/Athletic. On the Gorilla Mat, once again, virtually no issues at all. After doing LesMills GRIT™ Pylo/Athletic the day before, I think the new/fresh slipperiness was lessened a bit. Various workouts/moves on it were excellent and safe to do. The next morning, I woke up and did LesMills GRIT™ Strength. Same story as above; essentially flawless. Another added bonus (which again I wasn’t necessarily looking for) with the Gorilla Mat was how soundproof it was. Either when working-out or placing weights on the laminate floor, it made noise. With the Gorilla Mat, when running on the spot, landing hard, or placing weight plates and or SMARTBAR™ down, the sound was very muffled. 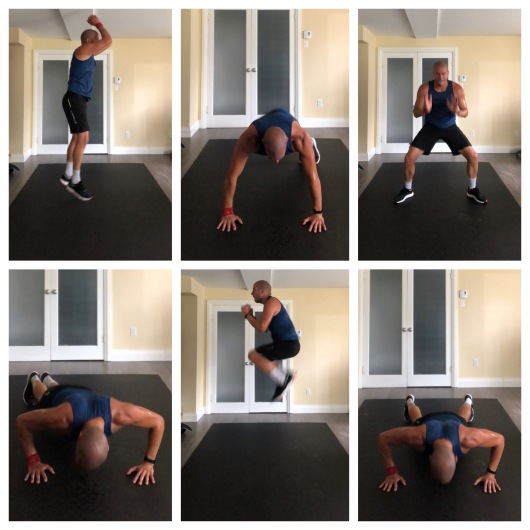 Finally, I got to try BODYATTACK™ on it. Since I started using our exercise room, it was really a place to practice BODYATTACK™ and BODYPUMP™; I never actually used it as a “workout” per se (although a practice is still a workout). Now was the time to test the Gorilla Mat with BODYATTACK™, and it absolutely passed with flying colours. I did release 63 (which sold out in Canada years ago but I managed to buy it when visiting the United States in August 2012 at a LesMills™ Mega Quarterly). Doing step touches, supers, jumping jacks, and other BODYATTACK™ moves were stress-free. For the first time since the declared state of emergency, I had a lot of fun doing BODYATTACK™, and in particular, doing it in the exercise room without worry if I was going to fall on the floor.

The Gorilla Mat was also great for yoga. I felt no pain when I rested on body parts that would otherwise hurt (e.g., a lot of bodyweight on the knee, even on a yoga mat). But given some moves require a bit of holding on the hands and or feet (e.g., downward dog), I would still place my regular yoga mat or MBX MAT™ (which does have a yoga option) on top of the Gorilla Mat for a bit of extra security. I know that there are yoga Gorilla Mats, but my focus/purchase was the exercise mat.

Yoga with Looloo. The yoga mat isn’t really necessary, but I use it for extra security.

Overall, the Gorilla Mat (like the SMARTBAR™ and SMARTSTEP™ set) is one of the best purchases that I have ever made for working-out at home. Given I paid $339.95 at Amazon (and free shipping with Prime), being made from eco-friendly and non-toxic materials, being a small family-owned business, the size I bought, coming with a lifetime guarantee, being excellent for high-intensity and fast work-outs (including with equipment) with its firm grip, yoga comfort, and being shock- and noise-absorbent (two extras that I wasn’t looking for but will gladly take), it was practically a steal. I love it.